My Research: independent and highly collaborative

I decided to work on short tandem repeats while I was doing my PhD. No-one in my lab knew about them but we were anyways a highly diverse lab, interested in how evolution creates phenotypic variation. Hence, Andreas (Wagner) was highly supportive of me to go my own independent way.

So I developed a project to investigate the role of highly polymorphic tandem repeat elements in DNA on gene expression divergence. I chose primates as my model system, as I was most excited about great ape evolution. I gave couple of talks. The one in the ESEB 2013 (watch my talk here), in Lisbon gave rise to a fruitful collaboration with Tomas Marques Bonet’s lab in Spain. We showed how short tandem repeat polymorphism in primates associate with greater gene expression divergence. Our findings were published in the journal of Genome Research, as the cover story. It was also mentioned in Nature Genetics news. 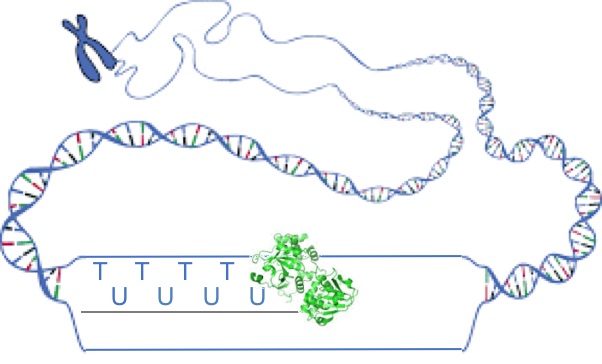 In another master student project in collaboration with Michael Kruetzen, we found possibly adaptive short tandem repeat variations in orang-utan populations. Those results were published in my first last author paper!

I play the role of an advisor for a project funded by Swiss National Funding Agency’s Sinergia grant with Maria Anisimova from ZHAW to work on short tandem repeat changes in tumors. We have a few grad students working on different aspects of the projects.

With Maria Anisimova and Melissa Gymrek, we were the editors of a topic in Frontiers Journal called: Tandem Repeats: Methods and Roles in Protein Function Evolution.

After organizing the ESEB Satellite Meetings with Maria Anisimova, we were invited to organize a symposium in the ESEB 2022 and also to write a review for Journal of Evolutionary Biology.

Adaptation of orang-utans to changing environments

For my post-doc, I acquired a funding to work on orang-utan genomics. Orangutans are the least studied great ape species, yet they present possibly the greatest phenotypic variation in terms of brain size and cognitive skills. They are also exposed to highly varying environmental conditions making them ideal to understand genomic signature of phenotypic variation and adaptation. I studied both single nucleotide variants and short tandem repeat variants to trace this signature.  You can also check out our paper on a new and highly endangered orangutan species here. I also worked on selective pressures on marine mammals, which should be published soon, as well.

Although my undergrad department was more into wet lab, I found modelling and data analysis through computational biology and bioinformatics lot more interesting and decided to revive an old project of my professors Isil Aksan Kurnaz (actually a neurobiologist) and Levent Kurnaz (actually a physicist) on the evolution of alternative genetic codes. We have become good collaborators and published two papers, (see my Publications), before I graduated.

I did two internships, one at my own university in the Chemical Engineering Department on modeling of biochemical pathways and the other in Bogazici University, Istanbul, Polymer Res. Center on prediction of protein-protein interaction sites. Both of them took around one year.

I have also worked on metabolism evolution (a project given to me by Andreas) and codon usage bias evolution (an extended work on my undergrad thesis). Both of them are published.

My project in the University of Lausanne was on gene regulation evolution in humans through long noncoding RNAs. These RNAs are not translated, less conserved and less expressed compared to protein coding ones. Nevertheless their highly tissue-specific expression and link to gene regulation make them important to understand phenotypic variation and disease. 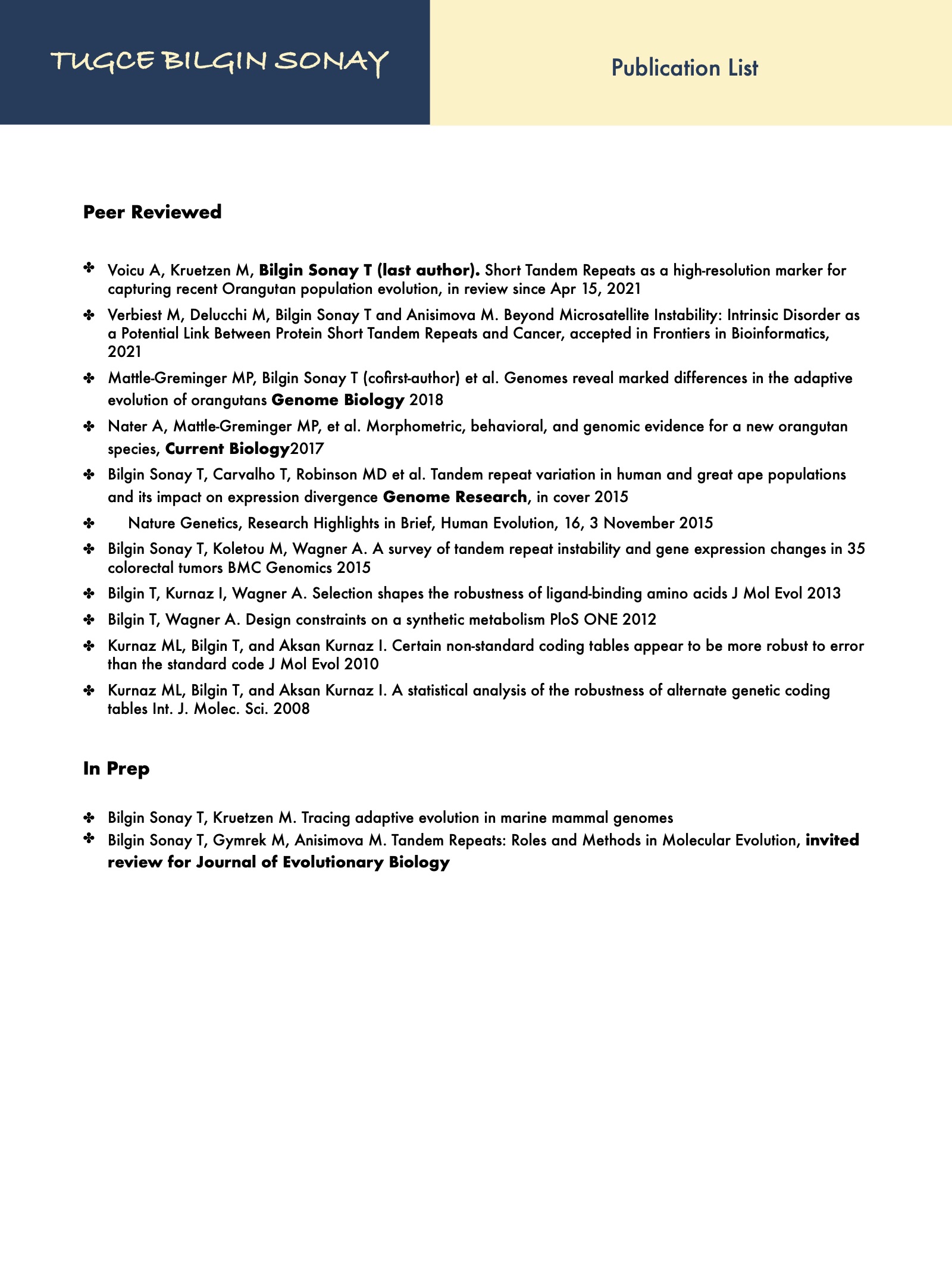